A new task chair with the groundbreaking Similar-Swing concept

The new swing up chair system from Sedus is a direct descendant of the classic Federdreh chair which dates back to the 1920s. Research findings including work with the Department of Ergonomics at the Technical University of Munich have been applied to the new product by determining the optimum seating conditions throughout each working day for contemporary workers. Sedus has cemented its reputation as a pioneer in chair design by designing swing up to increase the number of movements a user can make while seated, improving the intuitive use of the chair and so ensuring healthier and more productive working.

From an evolutionary perspective, sitting down is not a natural position for humans. The last great change in the human body came around the time of the Stone Age when we were still extremely physically active. That fact is the underlying reason why there is such a strong link between physical activity and mental acuity. The flow of blood and hormones throughout our bodies correlate exactly with our levels of physical activity and the brain can only function properly when it is properly nourished by the bloodstream. This is the essence of our mental development and intellectual capability. This indisputable fact presents a unique challenge to oce workers who are placed in a literally unnatural position by the nature of what they do. 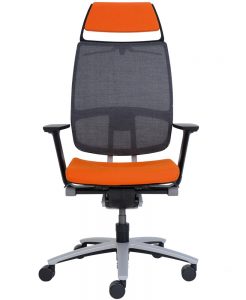 Cooperation with the TU Munich

The development of the new chair is rooted in a collaboration between Sedus and the Technical University of Munich (TUM) and in particular with Dr Klaus Bengler and his team. An extensive analysis into the way people use oce chairs highlighted those specific aspects of individual movement that could be better encouraged by the design of a chair. The next phase was to determine exactly which additional features were needed to make the chair more comfortable and more dynamic to prevent muscular damage caused by static postures and improve productivity. More specifically, the team looked at how the movement of the pelvis can be encouraged to replicate at least some of the flexibility that evolution has pre- programmed into our bodies. The new concept at the heart of this design is called Similar-Swing which ad a new level of movement beyond what is normally expected of a good synchronised task chair. What is particularly important in this regard is the lightly sloped seat which has a maximum angle of 8 degrees.

The key describes the basic structure of the chair: for example, in order to make a the direct link between the mechanism and dorsokinetics (1) with integrated height adjustment (2), the logical shape of the backrest is needed to support the central connection. The seat kinematics (3) allows a lateral tilting of the chair. Thanks to the Similar-Plus mechanism (4) a synchronous movement of seat and backrest is available for every posture. 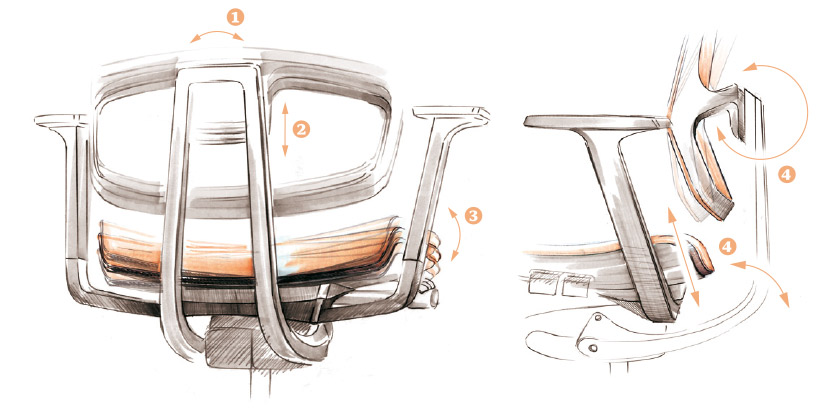 The kinematic action of the new chair accommodates each movement of the body so the user is always in the correct and most natural posture. The body has an innate ability to anticipate its own need for movement and the chair is able to allow that to happen freely and without any feeling of a loss of balance. The seat also encourages gentle movements of the back synchronous with the seat tilt. At the same time the dorsal-kinetics in the backrest come into play allowing for completely synchronised movement. The sprung mechanism within the seat gently pushes back against the body while it is moving to encourage an upright posture. The armrests play no part in this particular movement so the user never feels as if he or she is losing control. The new chair was developed according to the principle that it should almost seduce people into moving around more while sitting. As a result the chair has a direct and positive impact on the wellbeing and productivity of the individuals who use it effectively. The world debut of this groundbreaking new chair from Sedus took place at the international oce furniture and facilities exhibition Orgatec in Cologne during October 2012. 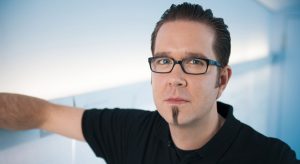 Rüdiger Schaack (Sedus Design Team) on the challenges he faced in developing the design of swing up.
The most beautiful and at times challenging aspect of this project was that all stakeholders from research and design to manufacturing worked hand in hand. A number of ideas and approaches were tested and modelled, discarded and improved until eventually the final functional model was created with the ideal ergonomic approach.
• Dorsokinetics, the unique selling point, has been developed to incorporate the height adjustable backrest and thus the chair is always fixed in the optimal position for the user.
• The seat is mounted on a circular plinth and provides directed, controllable and supported flexibility for the user. This encourages motion in the pelvis as well as the back, including forward and backward inclined movements thanks to the Similar-Plus mechanism.

The new chair has been designed to be the first in the world to actively seduce those who sit in it. It is the first office chair that intuitively follows the natural movements of the user. Thanks to its similar-swing mechanism, the seat offers a degree of lateral flex so that the pelvis of the user can also tilt to each side. This means that the chair offers free movements that exceeds those of a chair with a good synchronous mechanism and proves the ongoing (r)evolution in sitting has no limits.

At the same time as reducing the potential physical damage associated with static postures, swing up can improve performance because movements of joints and muscles in the back support mental acuity. In addition, the resultant improved blood circulation ensures the supply of oxygen and other nutrients and hormones that are essential for our performance and general wellbeing. The kinematics of the seat allow almost complete freedom of movement for the user, while using the body’s own natural postures to stabilise itself. Movement is both harmonious and flowing rom the perspective of the person sitting in the chair, the body making its own unconscious decisions about the best position at any moment and adjusting itself accordingly. Because the armrests provide a fixed point, the user always feels secure in their movements. If preferred, the user can lock the seat mechanism. 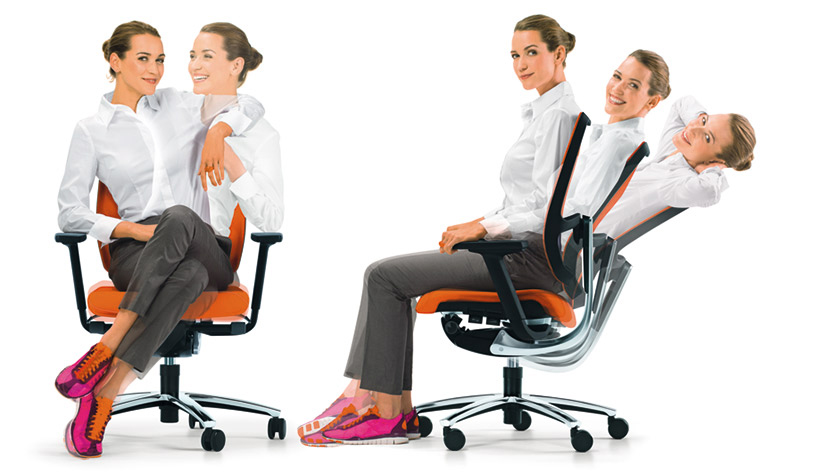 One notable feature that is characteristic of the chair’s designer Rüdiger Schaack, is the distinctive profile of the back frame with its horizontal braces and dynamically contoured surfaces. In addition, there is the unmistakeable ergonomic curve of the seatpads. The curved shape of the armrests complements and expresses the functions of design and mobility of the chair, while the backrest incorporates a height adjustable dorsokinetic mechanism. With swing up, as with all its other groundbreaking developments, Sedus has retained its focus on the human, not only to make them more comfortable in a pleasant working environment but also improve their wellbeing and productivity in the long term. 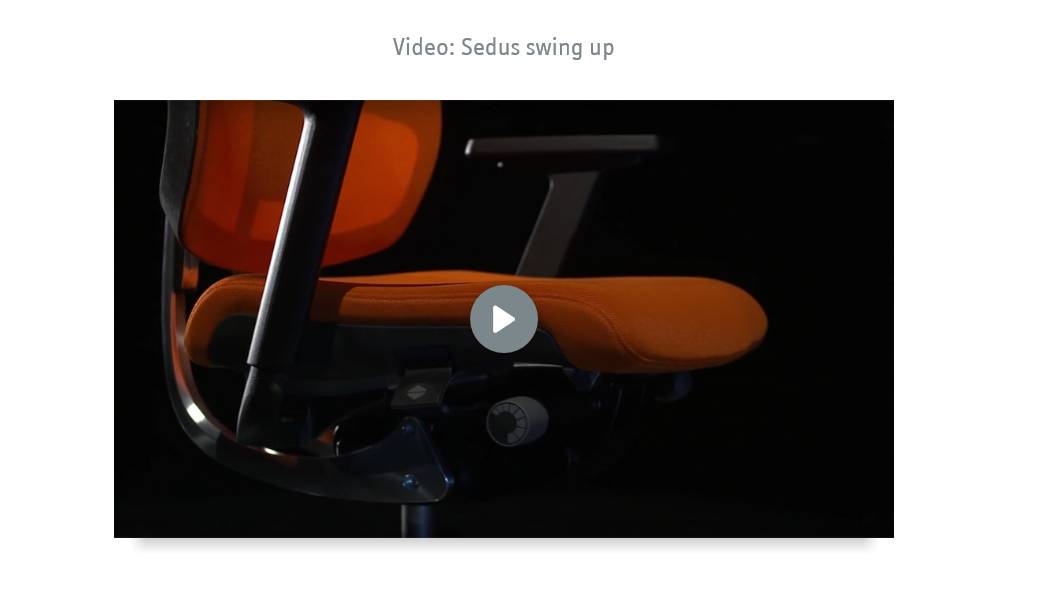