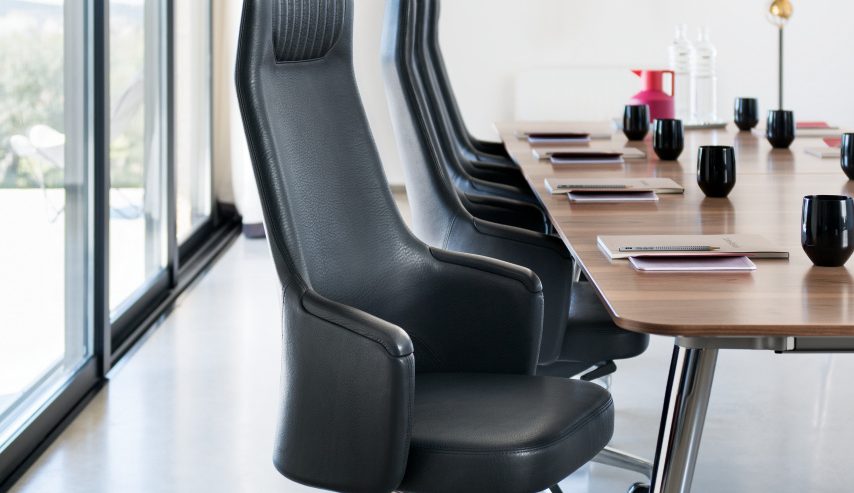 Taking an enlightened view of the environmental performance of office furniture

The term ‘greenwash’ has been around for quite a while now. The first recorded use of the term dates back to 1992 at the Rio de Janeiro Earth Summit and first entered the Oxford Dictionary in 1999, where it is now enshrined as ‘disinformation disseminated by an organisation so as to present an environmentally responsible public image.’ The fact that it was defined at the turn of the century is very appropriate given our very 21st Century concern with all things environmental mixed up with our very 21st Century scepticism. It’s a word for our times, a paradoxical portmanteau of idealism and cynicism.

Certainly its use has increased exponentially over the past few years. And while a degree of scepticism about what you hear from marketers is always healthy, we may be at or near the point has been now reached where any and all environmental claims are automatically labelled as greenwash, whether deserved or not. This is a real shame because what has become evident as the debate about the environment has become more and more sophisticated, is that the response from manufacturers and suppliers has developed in parallel. Cynicism does no favours to those people making genuine efforts to significantly reduce their environmental impact.

That would be an incredibly unfair and unwise outcome given the work that is going in to develop new products and services. However, there is good reason to believe that this worst case will not come to pass because both firms and customers want the same things. The war against cynicism can be partly won by manufacturers getting better at demonstrating the validity of claims.

Such cynicism may be common to both consumer and commercial markets, but the latter has some peculiar complexities all of its own which can add to both the levels of confusion and scepticism amongst buyers and managers. For a start, it can be very difficult to keep track of the daily raft of research, initiatives, regulatory updates, announcements and new legislation, each of which generates its own backlash of people saying that it all goes too far, not far enough or is well intentioned but pointless or whatever.

Some suppliers can also hamper their own efforts by making claims that are essentially mundane, because they are to a large extent indistinguishable from everybody else’s. Anybody who has ever worked on developing a brief and seeing the response to it will be aware of this problem of ‘green noise’, a background hum of claims that is so universal it can disappear completely. When every manufacturer makes the same claims about their environmental policies, accreditations and use of materials, those credentials become irrelevant to the buying decision. So, including an accreditation as part of the brief then becomes a way of weeding out poorly performing firms rather than a positive selection criterion.

It’s also worth looking beyond headline claims about products at the selection process. For example, the design of a chair is one thing, the management of it during its life cycle entirely another. A well-developed brief will allow for this extra level of complexity to allow suppliers to explain more sophisticated aspects of their products, supply chain and management systems.

Whether a swivel chair or a desk, every third Sedus customer order is produced using a chrome finish. This is not only for aesthetic reasons, but also about quality – chrome surfaces are more scratch resistant and less sensitive than powder coated, polished aluminium or wood. The technique of using chrome is historic. Chromium III was discovered by chance in 1797 by Louis-Nicolas Vauquelin, but was only made industrially usable on a large scale in the 1920s by the addition of other chemical substances. However, the cost has always been high because the globally widespread process Chromium VI is cheaper and simpler.

However, it is also extremely toxic and hazardous to health. Chromium VI compounds used during manufacturing, when handled incorrectly, could enter the body via the respiratory tract and can mutate and damage DNA. Sedus Chromium IIIIt was not until the 1960s, when the first reliable galvanizing systems were developed.

Sedus owner Christof Stoll decided to build such a plant at the Dogern site in Germany to offer chrome-plating. A second new state-of-the-art plant followed in 2010 and, with an investment of 7.5 million Euros, it is considered the largest electroplating plant in southern Germany. Production Manager Dr Jens Bohnet strongly advocates chrome-plating based on the use of lower-risk Chromium III raw materials that can now replace the more toxic and dangerous Chromium VI processes.

However, the process is considerably more complex and potentially costlier. Bohnet states, “the conversion to Chromium III was almost a matter of pride for us as an environmentally oriented company, and a welcome challenge from a technical point of view. Also, the conversion costs of around a quarter of a million Euros will be recovered in the foreseeable future, because we expect increasing orders from similarly environmentally focused customers in the next few years.

The motivation for converting to Chromium III came from technical advances in chemistry and new legal frameworks. ECHA, (the European Chemicals Agency), which legislates and regulates the use of chemicals, has the goal of monitoring chemicals that are harmful to health and the environment and, if possible, replacing them. The Chromium trioxide (Chromium VI) used in electroplating is one of these critical substances, which in the future may only be used under certain conditions and with a special permit.

“We were faced with the decision either to obtain a permit for further operation or to replace Chromium VI with the less critical Chromium III compound,” writes Bohnet. “Since Chromium VI is already very much under the spotlight today and, in our opinion, is no longer absolutely necessary for decorative application, we have opted for this more environmentally friendly, safe and future-proof way and have switched to using Chromium III. The galvanising process in our Dogern plant is one of the nation’s largest which successfully uses this much more advanced process for our vertically manufactured products.”

What is clear to me is that the whole complex, multi-faceted debate about what can be done to stop or at least minimise our impact on the environment has to move away from the cynicism that is encapsulated in our widespread use of the term ‘greenwash’. We all have a role to play in this. Legislators must stop companies making misleading or misinformed claims about their products and services. Companies themselves must clarify their language, innovate, speak in their own voice and back up their own claims. And we all must become less cynical and better informed about what to look for.

We must also maintain perspective on what manufacturers are doing to address the most important environmental issues that we face. This means keeping some of our habitual scepticism in check. Very few suppliers set out to deliberately mislead their customers, the vast majority have taken significant and genuine steps to deal with their environmental impact. Many spend large proportions of their R&D budget on developing new materials, processes and systems that offer radically new responses to green issues. They do this for their own ethical reasons and because they understand that they need sophisticated and genuine products to respond to the demands of their customers. We’re in this together after all.

Sedus Stoll AG has practiced active environmental protection since the 1950s, at a time when the term did not even exist. Based on these foundations, for Sedus, the ecological debate starting in the 1970s was as unsurprising as the current topic of sustainability. On the contrary, Sedus’ pioneering role in the European furniture industry can be directly traced back over the past 30 years. The number of awards range from the election of Christof Stoll to eco-manager of the year (1993), the first German furniture manufacturer to participate in the EU eco-audit scheme (1995) to Sedus, as the world’s first office furniture manufacturer to receive the EMAS III certification (2010).