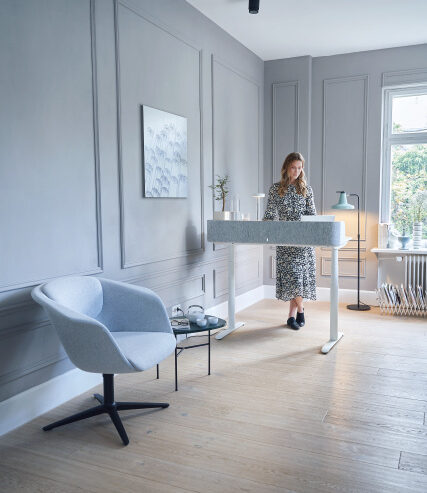 The elements of wellbeing are eternal, wherever we work

Many people appear to have been somewhat taken aback by the success of the large-scale shift to remote working of the past two years, and its impact on our productivity and wellbeing. But they shouldn’t have been.

We’ve known about the potential for this transformation to take place for many years – and indeed have been talking about it for many years.

Sedus is one of a number of firms that have engaged with researchers, end-users and designers on the matter to develop the thinking and products that were in place long before the pandemic.

We also know that there are a number of issues that are yet to be resolved fully. You may hear it said that the debate about working from home is over, but it isn’t. Not by a long chalk.

One of the issues we may hear a lot more about is the consequence of making somebody’s home their main or sole place of work. From a legal point of view, there is a big difference between that and allowing them to work from home on occasion. And some of the debate around this is already being settled in court.

The first prominent case to be heard came in the Summer of 2020  when a Swiss court ruled that firms should pay to rent space in the homes of remote workers to help cover their costs. But perhaps the more profound change in the longer term will not be about who bears the cost of the place of work, but who is legally accountable and is who is responsible for the wellbeing and health and safety of its occupants.

In UK law at least the burden seems to fall on the employer, because the Health and Safety at Work Act applies to people’s main place of work. But two recent cases from Germany and Canada also make it clear that broad legislation may not always be up to the job now. One of the cases heard rested on whether a walk upstairs to an office could be considered commuting.

Regardless of the legal onus on employers to care for the health, safety and wellbeing of remote workers, they must meet their own ethical responsibilities too. Out of sight should never mean out of mind.

This means providing technology and surroundings to the same standard that would be expected in the office, but also encouraging good behaviours.

It is so important that we remember to move, wherever we work. In part this is a product design issue, hence the rise of sit-stand desks and number of chairs that now promote dynamic sitting or some or other variant of that term as part of their approach to encouraging movement. But it is also a management issue because, as well as sitting in a chair that allows or encourages us to change our posture, we should also remind ourselves and be encouraged to get up and move around. It is something that should be built into our daily routine.

This is not only an issue of equipping people in the right way. It is also about the things that come for free. These are the behaviours that can erode over time in both the office and at home – breaks, eating healthily, drinking enough water, fixed(ish) hours of work, walks, exercise, fresh air, and a time for downing tools and putting them aside.

These are the eternal elements of workplace wellbeing, wherever and whenever we might do our work.