Rediscovering an eternal truth for the future of work

I recently shared a piece from the Sedus What’s Up blog on social media. It was the one about the discovery of agile working practices in a 1950s coal field in Nottinghamshire and the implications for the future of work. Not so, I was informed by a man called Eike Spengler. It was actually practiced in the mid 19th Century by Prussian workers and even enshrined in law as part of a wider set of labour reforms. 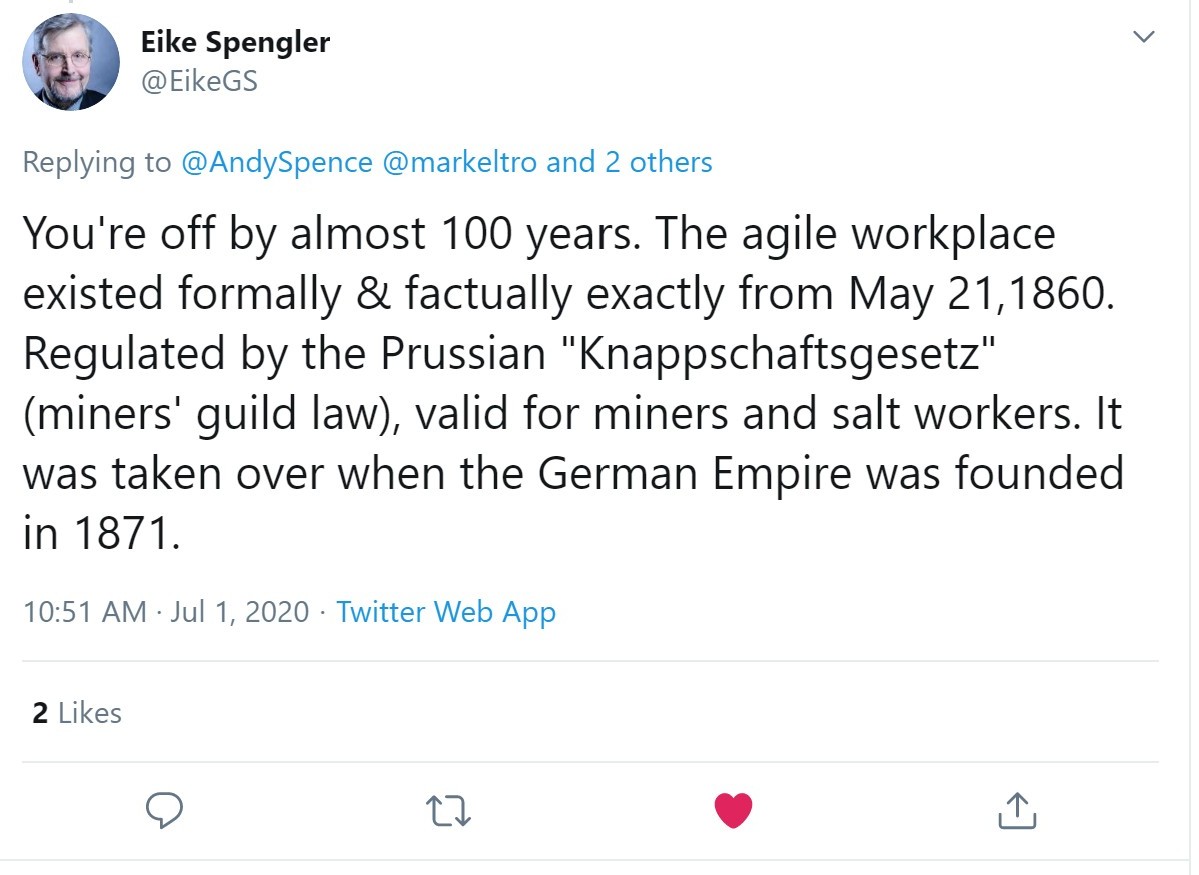 He was expanding my knowledge and reminding me of a truism I should have acknowledged. Many discoveries are rediscoveries. And no doubt the Prussians weren’t the first either. Somewhere there is a historian of Greece, Italy, Persia, Mali, India, Egypt, Mexico, Japan or China who could also interject with their own ‘no, wait…’

It reminds me of an anecdote in Stephen Hawking’s 1998 book A Brief History of Time. “A well-known scientist (some say it was Bertrand Russell) once gave a public lecture on astronomy. He described how the earth orbits around the sun and how the sun, in turn, orbits around the centre of a vast collection of stars called our galaxy. At the end of the lecture, a little old lady at the back of the room got up and said: “What you have told us is rubbish. The world is really a flat plate supported on the back of a giant tortoise.” The scientist gave a superior smile before replying, “What is the tortoise standing on?” “You’re very clever, young man, very clever,” said the old lady. “But it’s turtles all the way down!”

The principle of infinite regression is a useful way of looking at the way important ideas develop, because we tend to assume that great formative ideas spring out of the blue from a specific great mind, when the truth is far more interesting.

Whenever you look below great ideas or one of the geniuses that offer them up, you’ll see other geniuses and other new ideas all the way down.

This eternal truth is worth bearing in mind when we look at the current debate about the changing nature of work and the response of the world to the coronavirus pandemic. Some people are only just discovering ideas about flexible working and the primary roles of the office and their links to collaboration, wellbeing, culture and personal growth.

For those like Sedus who have been talking about them for years, and who were probably expecting their adoption to be the result of a steady evolution over a number of years, the suddenness of what is happening is a surprise. Nothing else about the debate is, however.

The ideas that have entered the mainstream are very familiar and the firm and others like it had already developed sophisticated responses to it, both conceptually and in terms of product design.

These ideas will define working life after lockdown, but the principles and solutions involved predate it and are well understood. The outcome should be a better working life for people and better spaces in which to work together. These are challenging times, without question, but they also present an opportunity for those who have long held the tools with which to meet the challenge.