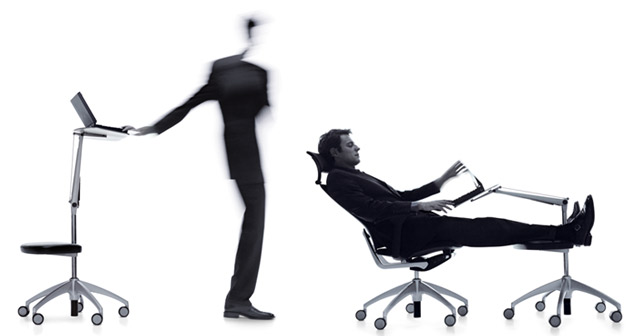 Life at the coalface: How the agile workplace first appeared in the mid 20th Century

The idea of diffusion of innovation has become so embedded in our culture, and most recently so associated with the adoption of new technology, that we might assume it happens in predictable ways. The steps between innovators, early adopters, early majority, late majority, and laggards seem intuitive and certain even when their peaks might be unsure. And yet history teaches us that sometimes new ideas can take years or even decades to take hold, even when they are potentially world-changing and relevant for the era in which they were formulated.

One of the most obvious examples of this is The Communist Manifesto of Karl Marx and Friedrich Engels which had been largely gathering dust as an obscure pamphlet for a quarter of a century before the trial for treason of three leaders of the German Social Democrat Party in 1872. This meant that passages were read out in court and then widely reported on for the first time and it became legal to publish the manifesto in Germany.

This was both an early example of The Streisand Effect in which an attempt to suppress something merely draws attention to it, and an illustration of how new ideas sometimes need a catalysing moment to set them on their way.

Life at the coalface

Another example is provided by the tale of a now little acknowledged English scientist and organisational theorist called Eric Trist who was one of the first people to identify the characteristics and benefits of what we would now call agile working.

In 1947, as part of his work with the Tavistock Institute for Social Research, he visited the seam of a coal mine in Yorkshire which was bucking the trend for low productivity, low safety levels and high turnover in the industry at that time.

What he found was that because of the peculiarities of the Haighmoor seam which meant it couldn’t be reached by the most commonly used equipment, the miners had improvised their own, new system of working. Rather than the Taylorist assembly line of production with decisions made centrally some distance away from the coalface, which was then standard practice across the industry, the men had organised themselves into multi-disciplinary teams.

Each miner might expect to work on a number of different tasks and everybody was expected to make decisions for the benefit of the whole team and everybody had a stake in the proceeds of their output and felt responsible for their teammates and their families.

The results were remarkable. The Haighmoor seam was far more productive and safer than those on comparable mines, and the miners were more likely to innovate and introduce their own ideas. Trist concluded that the lessons from the miners could be applied usefully in other business contexts. We might now describe it as an early example of an agile workplace.

Trist and his colleagues, which included his wife Beulah, spent the next four decades developing their ideas and experimenting them in new situations. They even developed their own lexicon, which included terms such as industrial democracy, open systems and sociotechnical systems.

One of the most important conclusions they developed was that rigid and complex hierarchies work less well in volatile environments. This was ground-breaking stuff at a time when hierarchies and the principles of scientific management dominated the workplace. Work was usually broken up into specified tasks carried out by specialised workers who were incentivised by rules, status and pay scales to fit in to the rigid system. Jobs were engineered, measured and inspected.

Trist’s work set out a better way and one which we are rediscovering in the new generation of agile workplaces. Its core discovery was that the best solutions come from matching up the technical and social aspects of people’s work.

How this manifests in practice is the creation of a workplace that functions as a community and not merely a factory. Teams of maybe twelve people should be self-managing, goal oriented and aware of their own roles and how they relate to the outcomes of the work and the benefits for them and their colleagues and communities.

People are encouraged to innovate and are empowered to bring those ideas to fruition without the need to pass them through layers of bureaucracy. The lack of central control actually makes the machine run more smoothly and with greater and better outputs.

Under Trist’s model and our new formulation of an agile workplace, bosses are there to serve the teams of people and not tell them what to do, making sure they have the things they need to do their work and coordinating information and dialogue so everyone has a view of the whole organisation and a stake in it too.

Trist himself later acknowledged that while the gains from such an approach are incontrovertible, there was always resistance from the hierarchy itself to implementing his ideas. That may be the reason why, more than seventy years after his thoughts first formed on the matter, he remains under-appreciated, unknown by too many professional managers who are still learning the lessons he formed while watching people at the coalface. But there is no doubt we can see his influence in each new agile workplace and smart office that we see created.